Three months ago, my friend found a litter of 13 puppies under a bush. Yes, 13 puppies. This is the story of a stray dogs rescue and adoption mission by our community. We realized later that the puppies were actually from 2 litters that were born around the same time in the same pack. Coincidence huh?

One died soon after birth, so they were 12 left. We let them live in the bushes, and the news about their birth spread like wildfire in our apartment. People in our neighborhood came forward for stray dogs rescue (in Bangalore) started feeding the mothers and the adults of the pack, and so the dogs became extremely friendly towards humans. From birth, the puppies had some interaction with humans, and so they always would wag their tail whenever we would go near them. A bond was built between the pack and the humans. Some people from our apartment vaccinated all the puppies, and they also made a shelter for them to stay in.

We had to keep changing the spot and some horrible people broke it and knocked it down (when the puppies were inside!) just because we made it on the land they owned. So we had to change the location about 4 times. Amongst the puppies, only Rambo and Gunda were males. The rest were females.  We named all the members of the pack and we tried hard to get them rescued.

Alpha: The alpha male of the pack. Obviously.

Nala: She is a female that has light brown fur. I don’t know a lot about her.

Twinkle: One of the mothers of the pups. Brown and white fur. Once a car went over her leg but nothing much happened. Some days she would just crawl into a dry gutter and wouldn’t come out for days. No one knows why.

Sarabi: The other mother of the pups. Has been through a lot. 2 toes of her right hind leg was cut off somehow and that’s the reason she limps. She has a huge cut on her flank. It looks like someone cut her with a knife. She would just go missing for a few days and return later.

The Twins:
These are adolescent street dogs that came from somewhere and have been a part of the pack.

Chitkoot: Light brown fur. About 6 months old. Loves being carried around in people’s arms. Follows you everywhere if she likes you.

Caramel: Light brown fur. About 6 months old. Friendly but needs her space. A car driver literally ran over her leg right in front of me. She started screaming but the car driver didn’t even care to stop and look if anything serious had happened. She soon recovered, however.

Our efforts for street dogs rescue was only partially successful because only 3-4 puppies were adopted. Remaining either died or went missing. These were the puppies:

Luna: This puppy was a survivor. Blue’s twin. Extremely gentle and playful. Somehow broke her hip. We took her to the vet and even though she suffered a lot, she survived. She was one of the last puppies left but later even she went missing and she still is.

Lisa: Favorite of many, Lisa was a gentle little baby, but unfortunately some horrible auto driver ran over her and she was killed.

Gunda: My personal favorite, Gunda was the smallest of the litter. Extremely gentle. Had a maggot infection below his ear. He went missing too, but some believe that he was adopted.

Snowy: The only white-furred pup in the litter. Loved to cuddle and always fell asleep on my lap. She was adopted too by someone.

Panther: Also my favorite. Born a leader, Panther was the biggest and strongest. She won all the wrestling fights. Got adopted by my school teacher. She is probably having an amazing life. Has black, brown and white fur.

Bear: She got adopted by my friend and is now called Hazel. Hazel has brown fur with a black snout. Loves being cuddled and loves chewing on people’s hair. 😉

Rambo: He had a maggot infection in his leg and limped sometimes. Very shy. Loved taking challenges and loved adventure. He would try very hard to fit in with the other pups and enjoyed every moment of his life. Loved to sleep. Also went missing one day.

Shadow: She had beautiful grey fur and was the last pup left in the pack until last month. In the end, only she and Luna were left but then even Luna went missing and so only Shadow was left. One day I spotted Shadow on the roadside while going out, and she was happy. I don’t know what happened but when we returned, I saw her body lying in the middle of the road in a big pool of blood.

If we had returned earlier, we might have even saved her. I literally saw her front leg move and then it went still. My friend literally started crying the moment she saw Shadow’s body. That was a horrible day. Her body just stayed on the roadside for a few days but later it was removed. I was so depressed and disappointed that our stray dogs rescue mission was turning out to be such a failure.

Currently, only the adults and the twins continue to live on the streets. A few other adult dogs come and go. Some days ago, I spotted a tiny white puppy with this pack. I think it might be Luna, but no one knows. During quarantine, some people from our apartment go feed at least 20 dogs a day. I am very thankful to them, but the saga of stray dogs rescue is still in the process.

Until like about last month, a few men used to come and ruthlessly beat up the dogs for no reason. When we asked them why they were hitting them, they said it was because they make the place dirty. I mean, what can those poor things do? Its not their fault.

But even after all that they have been through, they continue to rule the streets. They have been generally accepted in the neighborhood and quite a few people feed them and interact with them on a regular basis. Behind every street dog, there is an unknown story. This story I’ve personally been through gave me mixed feelings of happiness and sorrow. The stray dogs rescue will continue, and I guess that’s how life goes on.

All About Golden Retriever Dog Blogs

About Us
This blog is all about Golden Retrievers and Damsel, the girl behind this blog. Growing up together has never been so much fun for Damsel and Angel. Take a look around and find dog information, training, product reviews, and suggestions, and how life is with a golden retriever in your life. Learn More About Us 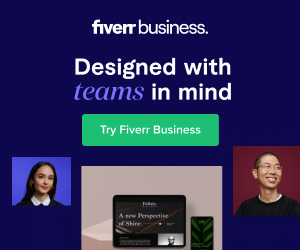